Energy Efficiency: Time is Running Out

Is Time Running Out for Energy Efficiency?

One thousand and ninety-six days and counting! Three years, plus one handy extra leap year day. That is how long landlords have to make sure that they comply with the new minimum energy efficiency standards (MEES) for new lets.

We all ‘know’ and have ‘known’ for some time that private rentals will need to hit at least an EPC C by April 2025. We know that because it has consistently been reinforced by the Government’s rhetoric around hitting NET zero.

In reality, this has never been put into law. The Government consulted on proposals to require EPC C for new tenancies from 2025, and for existing tenancies from 2028 but, even though this consultation closed over a year ago, no official response has ever been issued or legislation tabled.

In strict legal terms the minimum standard is as defined by The Energy Efficiency (Private Rented Property) (England and Wales) Regulations 2015 – an EPC E unless an exemption is obtained.

So where does this leave landlords?

As of 1 April 2022, in a very difficult and anxious position. Just the suggestion that the rules will change has impacted behaviour.

The problem is that we have a commitment to a final destination, NET Zero, but no firm directions to help guide industries including our own. If that were not bad enough, we also lack a decision on the method of travel, or the waypoints we will be required to visit along the way.

It is highly likely that a new stricter target will be set in the very near future for the PRS. It was expected last October, and then in March of this year (2022) but hasn’t materialised.

Reading between the lines, it is clear that there is significant tension in Government between those advocating NET Zero and those acutely aware of the cost-of-living crisis.

Adopting a carbon cutting approach to residential property would pretty much signal the end for domestic gas, but what is the alternative for households struggling to afford to heat their homes. Electrical heating would reduce the PRS’ carbon footprint, but drive thousands more into fuel poverty.

Focussing on fuel poverty over cutting carbon would give landlords with efficient gas boilers a lifeline and help households struggling with bills – but would cast doubt on government targets.

There is unlikely to be a simple answer. The NRLA is pushing policy makers to better understand the challenges facing landlords, and to explore options which focus on practical measures to improve the fabric of buildings before forcing a switch away from gas, but there remains uncertainty about what will come next.

What does the future hold?

Whatever approach the Government adopts, timing is everything. Sticking slavishly to a deadline only three years away would be absurd. Even moderate retrofit can be expensive and time consuming, especially when the cost of materials and availability of skilled labour are incredibly high and notably scarce respectively.

If the Government wants private landlords to meet new targets, and crucially from its point of view kickstart a whole segment of the green economy, it needs to get realistic in three areas:

The clock is ticking….. 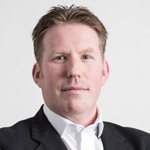 Chris Norris is responsible for policy and campaigns at the National Residential Landlords Association (NRLA), having held a similar role at the NLA prior to its recent merger.

A private landlord and former letting agent himself, Chris has represented landlords for more than a decade, joining the NLA’s policy team in early 2007.

Before discovering the fun that can be had focussing on the PRS, Chris held a number of inhouse and consultancy public affairs roles focussing on housing, health, and social care.

See all articles by Chris Norris