The Court of Appeal recently gave judgment in the important Welsh case of Jarvis v Evans. The RLA had supported this case in order to clarify an uncertainty in Welsh law around the operation of the Rent Smart Wales landlord and agent registration scheme.

Landlords in Wales are required to be registered with Rent Smart Wales by the Housing (Wales) Act 2014. If they manage their own properties (or someone else’s) they are also required to be licensed. Agents must be both registered and licensed.

The 2014 Act is however much less clear on the issue of Section 8 notices. Section 7 of the 2014 Act states that a landlord “must not…serve notice to terminate a tenancy.” However, a section 8 notice does not itself terminate a tenancy, it is the pre-condition for going to the court to ask it to terminate a tenancy. It seemed to us at the then-RLA that a landlord should not be restricted from recovering possession using an s8 notice as this would normally be used when the tenant was in arrears of rent or causing some other serious problem and it would be unfair to prevent a landlord recovering possession in such a scenario. So we took the view that the restriction in s7 was directed at other residential tenancy types (such as a contractual tenancy or one under the Rent Act 1977) in which a notice might be sent which would have the effect of terminating a tenancy.

In Mr Jarvis’ case he had registered with Rent Smart Wales through a limited company which he solely controlled. However, his tenancy with the Evans was in his personal name and he did not have a registration for himself, nor was he licensed. While this may be seen as an academic difference there is a clear distinction in law between an individual and a limited company. Having a registration or licence for one of them does not equate to registration or licensing of the other one. The Evans were in substantial arrears of rent and he duly served a section 8 notice to recover possession. The original county court judge gave possession to Mr Jarvis but on appeal a circuit judge overturned this decision on the basis that the legislation did not permit an unlicensed landlord to serve a section 8 notice.

The Court of Appeal was presented with a number of arguments. It was argued that the legislation did not prevent the serving of a Section 8 notice, only a notice to terminate a tenancy (which a Section 8 notice was not) and the legislation contained other criminal and civil penalties including prosecution, rent stopping orders, and rent repayment orders to deal with a failure to license. Preventing a landlord from recovering possession where the tenant was in rent arrears was an unreasonable imposition. In any event a ban on issuing a section 8 notice was slightly pointless as a landlord could ask the court to dispense with the requirement to serve the notice altogether, thereby sidestepping the ban. It was also argued that if the prohibition on a “notice to terminate a tenancy” covered a Section 8 notice then it would also cover a Section 21 notice. So the separate restriction on serving a s21 notice would be unnecessary. Finally, it was argued that the legislation stated that an unlicensed landlord must not serve a notice. But it did not say that if he did so anyway that the notice was invalid. He was simply open to being prosecuted for doing so.

Unfortunately, the Court of Appeal dismissed all the arguments. The wording “notice to terminate a tenancy” was wide enough to include a section 8 notice. The fact that other penalties and enforcement mechanisms existed was irrelevant. The legislation was intended to benefit tenants and the other penalties only applied if a local authority got involved. A limit on s8 was a direct benefit to tenants and it was appropriate to have this as an additional enforcement mechanism. The fact that a landlord could ask the court to dispense with service of a s8 notice was dismissed as well. That was a discretion of the court that they would only exercise if it was “just and equitable” to do so and that discretion would take into account that the landlord was not registered or licensed. The argument that the legislation only stated that a landlord committed an offence by serving a notice was given short shrift. It would not be right for a court to allow a landlord to rely on a notice that he had committed a criminal offence by serving.

In summary then the Court of Appeal has ruled that a landlord in Wales who is not licensed cannot serve a section 8 notice. However, the Court of Appeal has left them a way out as they can instruct a properly licensed agent or a solicitor to serve the s8 notice for them, thereby solving the immediate issue. That is a contrast to s21 where a landlord who is not registered or licensed cannot serve an s21 notice at all until they correct their position. So a distinction is being created between unlicensed landlords who are trying to deal with a specific issue and unlicensed landlords who simply want the property back.

This increases the pressure on landlords in Wales as, if they do not deal with their registration or licensing obligations correctly, they face not only being unable to serve a s21 notice, but also a s8 notice.

It is a disappointment for the NRLA in that it lost the case. However, that is a risk that will always exist when pursuing speculative appeals at the cutting edge of the law. It is fortunate that the NRLA has the resources to take these cases as it allows for uncertainties in the law to be resolved and it supports other campaigning work to try to ensure that when law is made it is done properly and does not contain these kind of uncertainties. 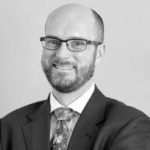 David is the NRLA’s Legal Counsel and was the RLA’s Policy Director. David specialises in residential property rights and agency and has experience of a wide range of property litigation. David is a Partner at JMW Solicitors.