Michael Gove MP (pictured, right) has been appointed as the new Housing Secretary, following a cabinet reshuffle this week.

Mr Gove is the member of parliament for Surrey Heath, a seat he has held for sixteen years.

He replaces Robert Jenrick MP, who was the Housing Secretary since July 2019.

Prior to taking up his new position as Housing Secretary, Mr Gove was the Chancellor of the Duchy of Lancaster.

He has held a number of positions within the cabinet, between 2017-2019 Mr Gove held the position of Secretary of State for the Environment, Food and Rural Affairs.

In 2005 he was also appointed as the Shadow Housing and Planning Minister, a role he had for two years. 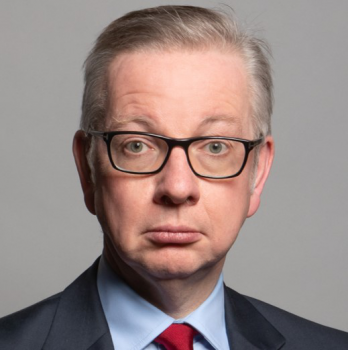 In 2019, as Secretary of State for the Environment, Food and Rural Affairs Michael Gove spoke of the need to retrofit existing housing “particularly in some of the poorer areas of the country.”

As Shadow Housing Minister in 2005 he also led the charge against Home Information Packs which he described as doing “nothing to take the strain out of home buying and add only cost and complexity to the housing market.”

He also spoke on the topic of housing supply in 2006, telling the House of Commons, and said at the time:

“there is a widespread consensus in the House that we need to increase housing supply, not least because projected future household growth outstrips the growth in new housing completions. That is a problem both for those who want to own and those who want to rent, whether that is in the private or the social sector.”

“We welcome Michael Gove to his new position and look forward to working with him to ensure the rental market works for responsible landlords and tenants alike.

“Key to this will be addressing the supply crisis in the sector by developing pro-growth policies that recognise the vital contribution it makes to housing millions of people across the country.”

Mr Gove can be followed on twitter here: @MichaelGove.