The 29 HHSRS hazards are classified as Category 1 if a hazard represents a serious and an immediate risk to a person’s health and safety. 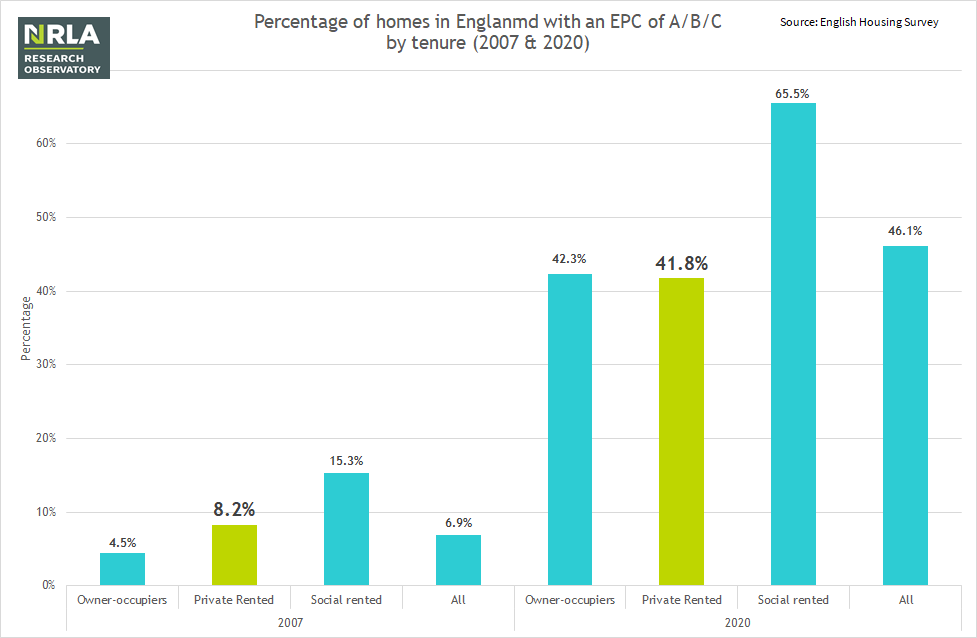 The chart above shows the proportion of households in each tenure whos property has achieved an EPC rating of A-C. These are the most energy efficient properties.

The proportion of households with this high-level of energy efficiency remains near-identical to those who are owner occupiers.

The same English Housing Survey shows that in 2020, over 40% (44.6%) of property in the PRS was built before 1945. In comparison just 15.4% of social housing renters lived in property built before the end of WWII.  The level of investment in the PRS required to continue the excellent work done by landlords over the last fifteen years is therefore substantial.