Please note that covid-19 has affected the collection and publication of data, particularly data which is collected by local authorities. This means data is not as upto date as usual. 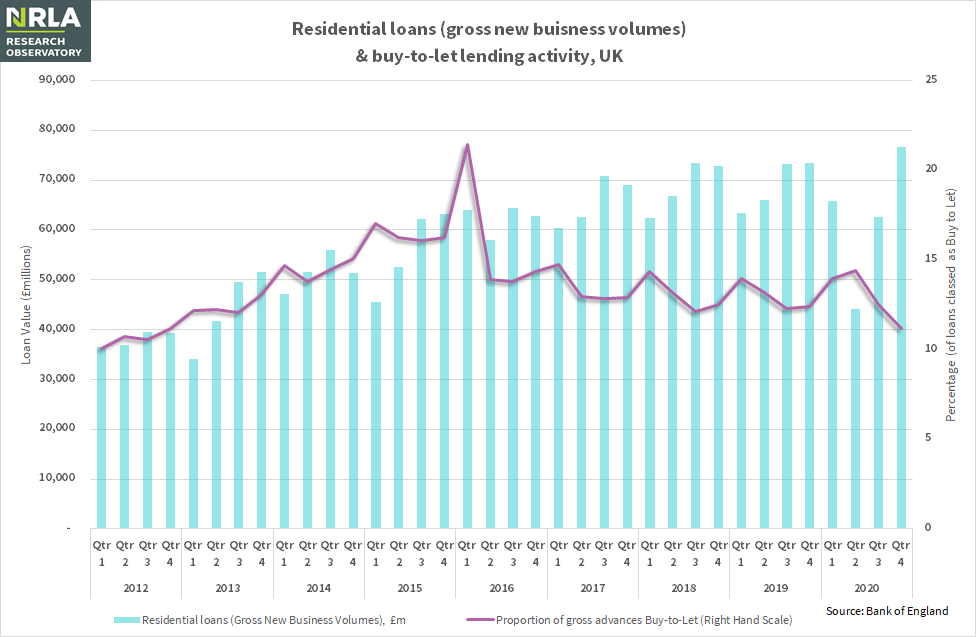 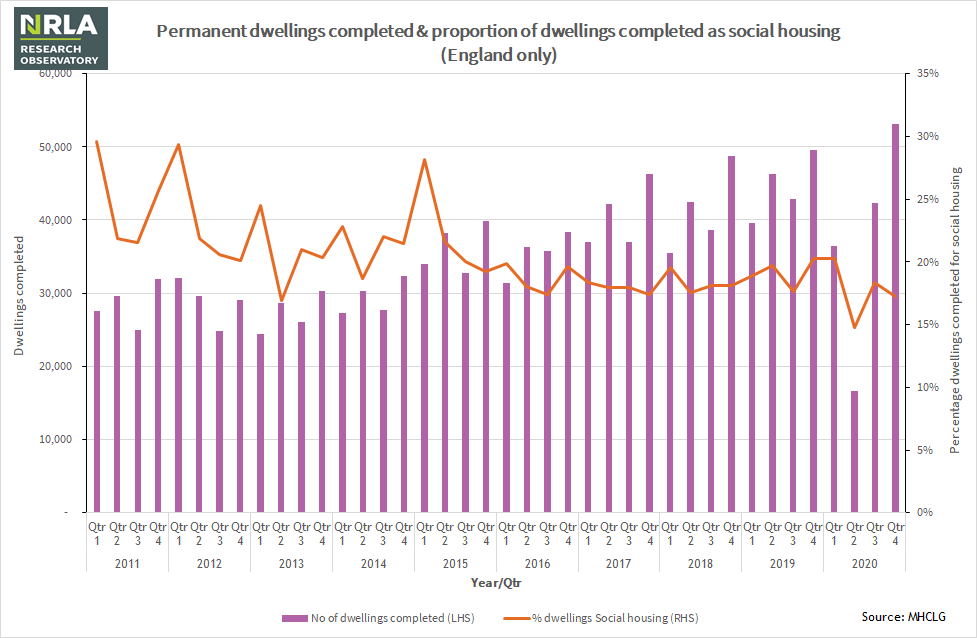 The above chart highlights how crucial the PRS is in the supply of homes.

This chart shows the rebound in housing completions during Quarter 3 continued into Quarter 4: 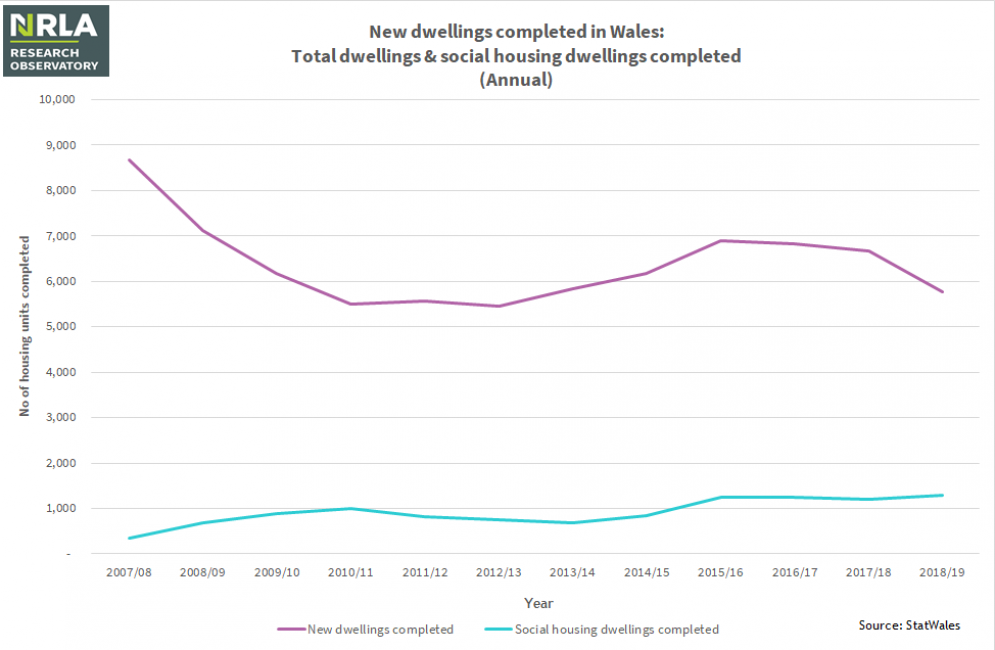 The pattern of dwelling completions in Wales shows a combination of: 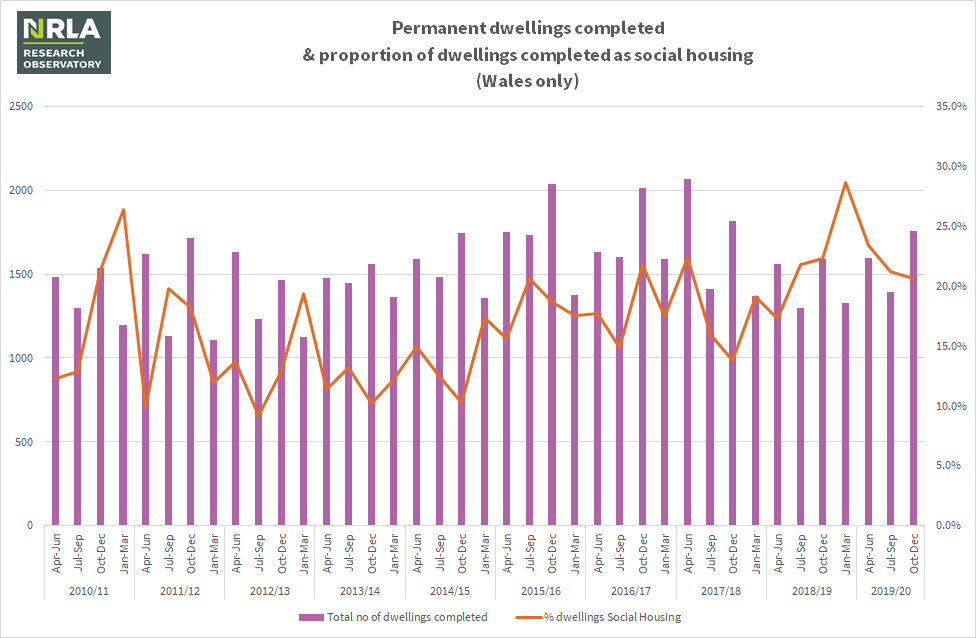 The above shows the housing completions data for Wales on a quarterly basis.  StatsWales publishes data on a financial year, rather than calendar year basis.  We have labelled the quarters by months to avoid confusion.  The first quarter is April to Jun and so on.

Please not that because of Covid-19, StatsWales have not been keeping the housing data series presented here up to date.  These are the latest data as of May 2021.  StatsWales hope to resume publication of housebuilding statistics in Summer 2021.