The NRLA Data Observatory is a collection of official and other well-established data sources which when combined, provide a narrative of the Private Rented Sector (PRS).  The NRLA tracks approximately 45 key data sets which are updated monthly, quarterly and annually. A selection of these appear in these pages. 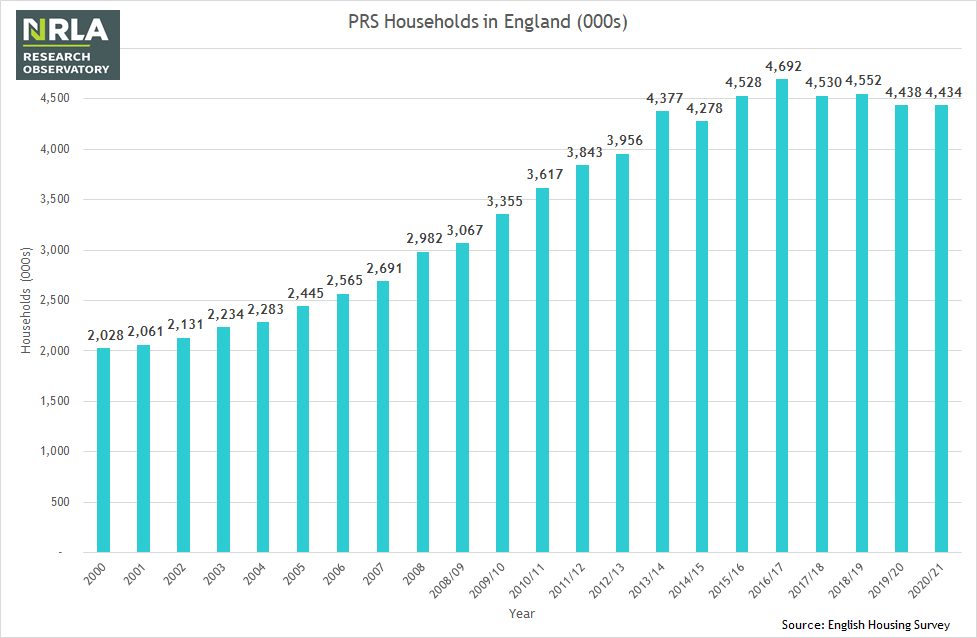 Chart 2: English Housing Survey: No of households and PRS size 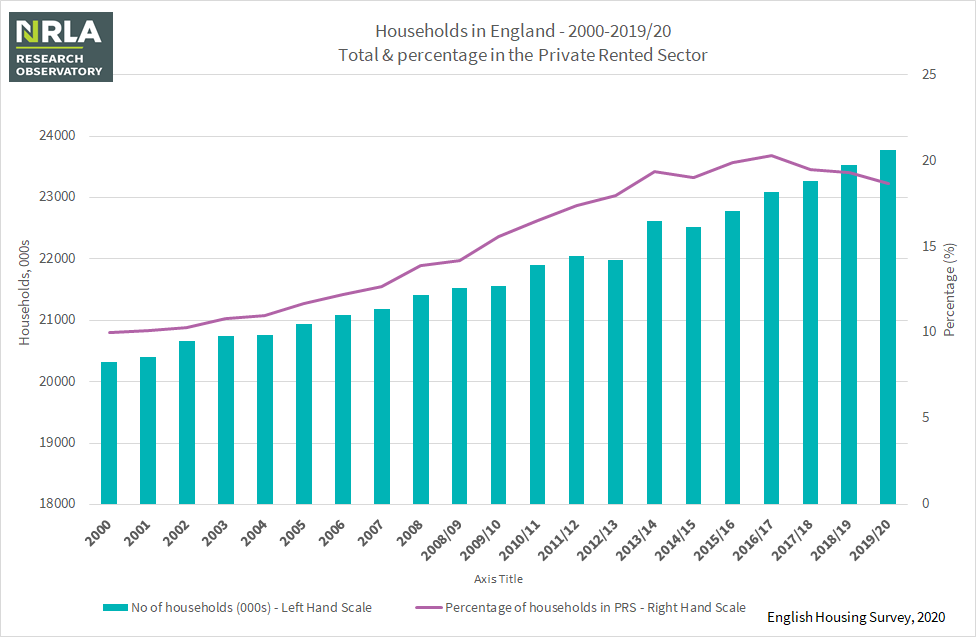 The two graphs above show that both the number of households in the PRS, and the proportion of all households which in the PRS has fallen compared to the previous 12 months.

The number (with one exception) and the proportion in the PRS has fallen steadily since then. The PRS now has 4.4m households - which is still more than double the number at the turn of the century (2000: 2m households). This equates to 18.5% of all households, the lowest proportion since 2012/13.

Note the English Housing Survey is a different data set to the Family Resources Survey - which covers the entire UK - so the pattern is slightly different. 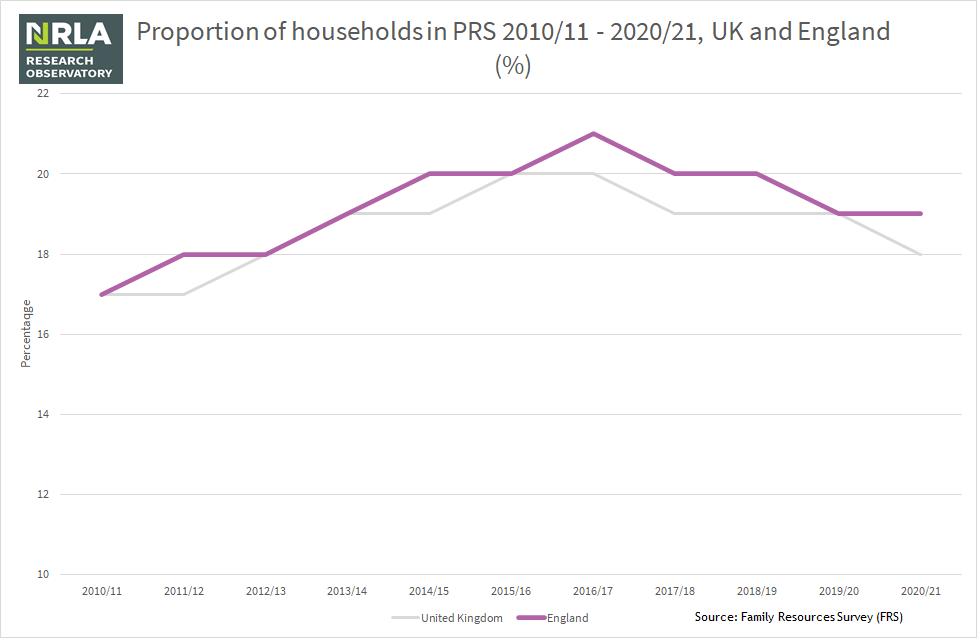 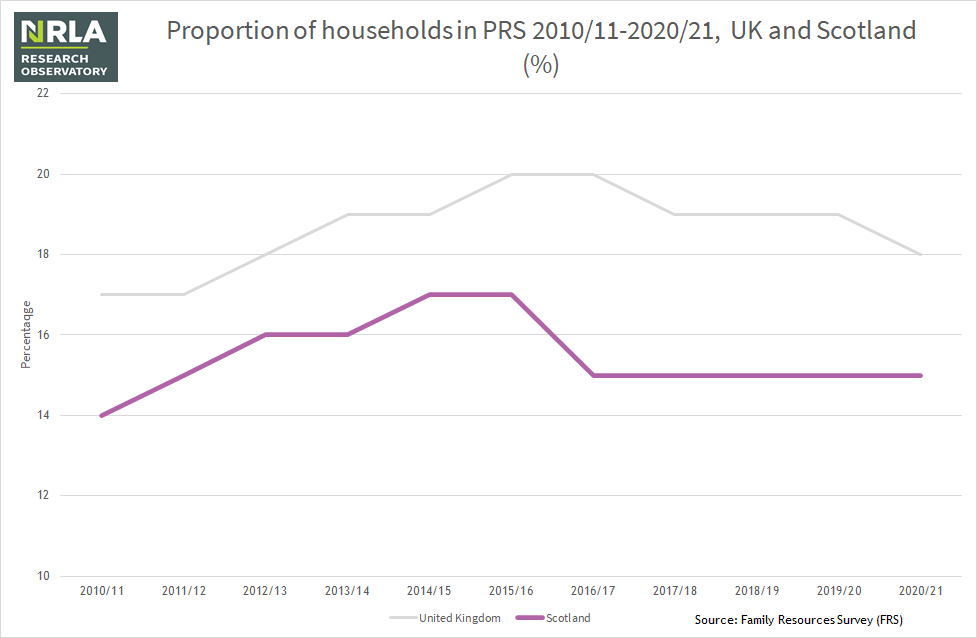 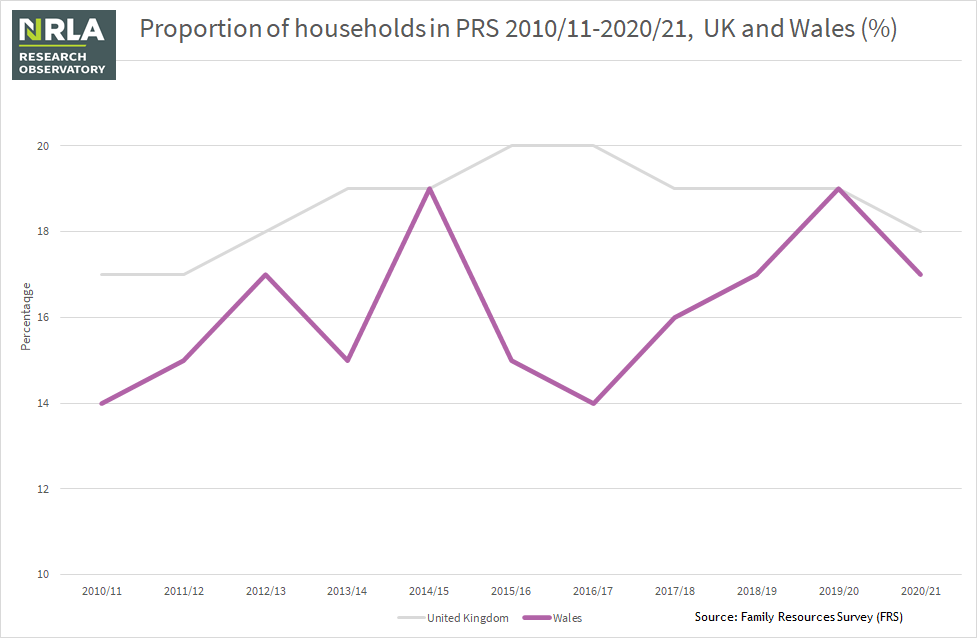 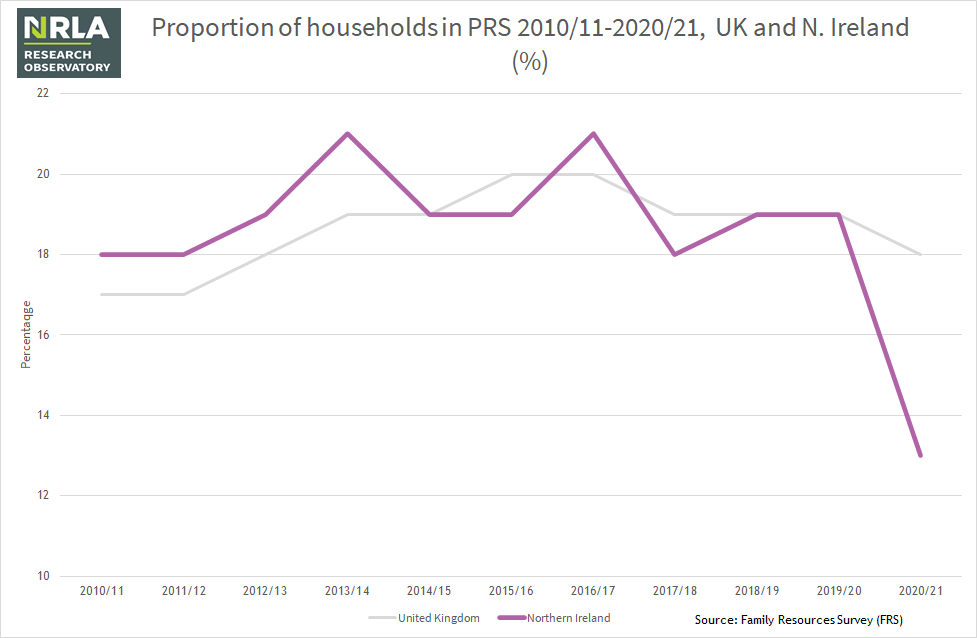 These charts show the recent patterns of PRS tenure across each of the four Home Nations in comparison to the United Kingdom as a whole.

Note that each nation now collects its own data on housing volumes. This makes difficult to make long term comparisons across the Union.