It is being produced at a time when landlords face pressure from government: Tax changes, new regulations and the threat of adverse legal reforms are now threatening the supply of homes in the Private Rented Sector (PRS).

Across London the confidence of landlords is low:

Confidence in London – Outer London especially – has fallen since Qtr2.

The weighted score presents an average over the last three quarters.

Note that each of the three best performing regions on this weighted score – the South West, East Midlands and South East – are in fact experiencing Qtr-on-Qtr reductions in confidence. 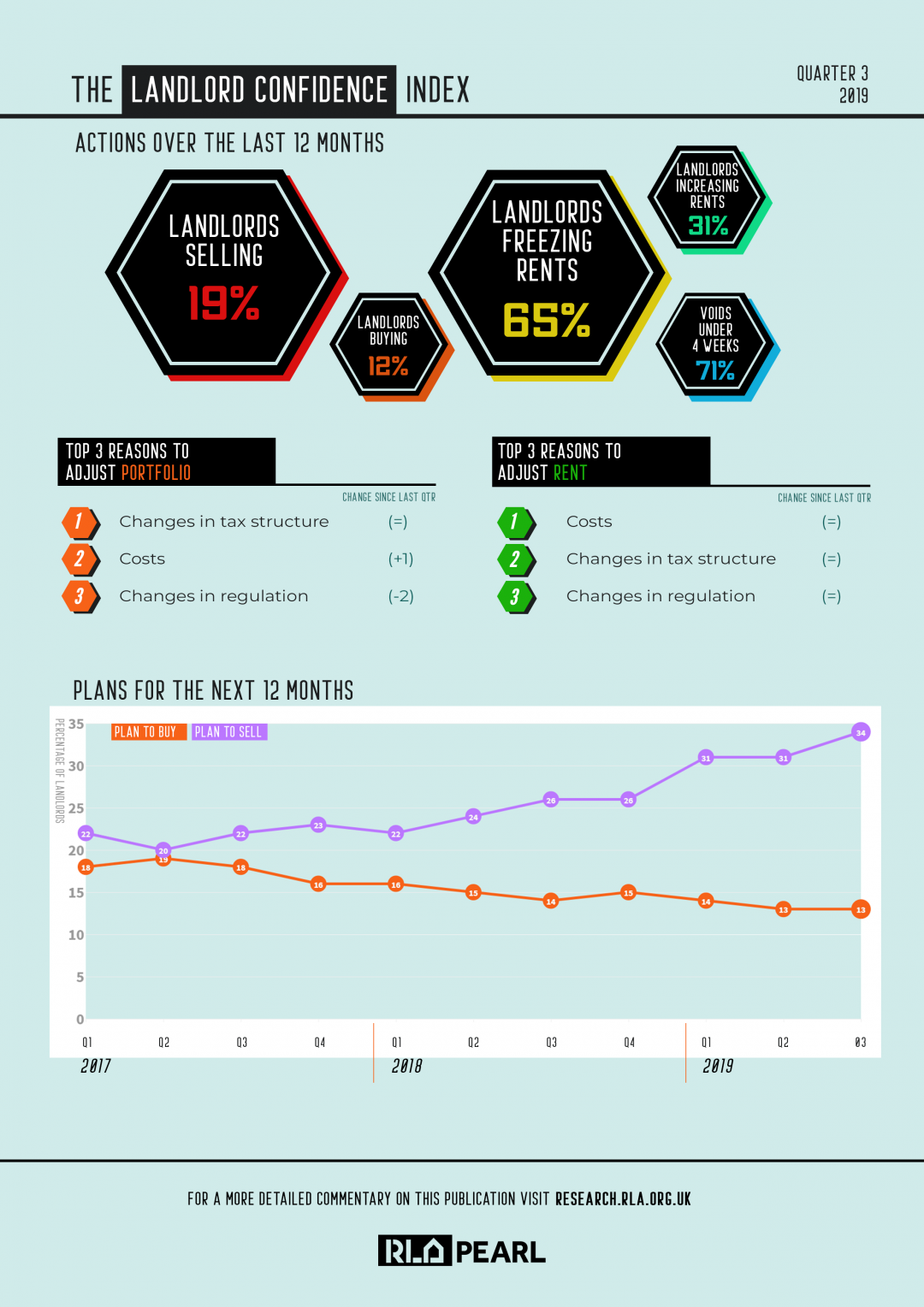 Actions over the last 12 months

This section is on the recent experiences and business action taken by landlords.  Over the last twelve months:

Costs, tax change and regulatory factors are the factors most likely to explain landlords behaviours and business decisions over the last twelve months.

Plans for the next 12 months

The long-term trend in landlords reporting they will sell property is continuing on its upward path:

The Landlords’ Confidence Index is based on the responses of approximately 2,000 landlords.

The data is collected as part of the NRLA's quarterly reports.