It is being produced at a time when landlords face pressure from government: Tax changes, new regulations and the threat of adverse legal reforms are now threatening the supply of homes in the Private Rented Sector (PRS). 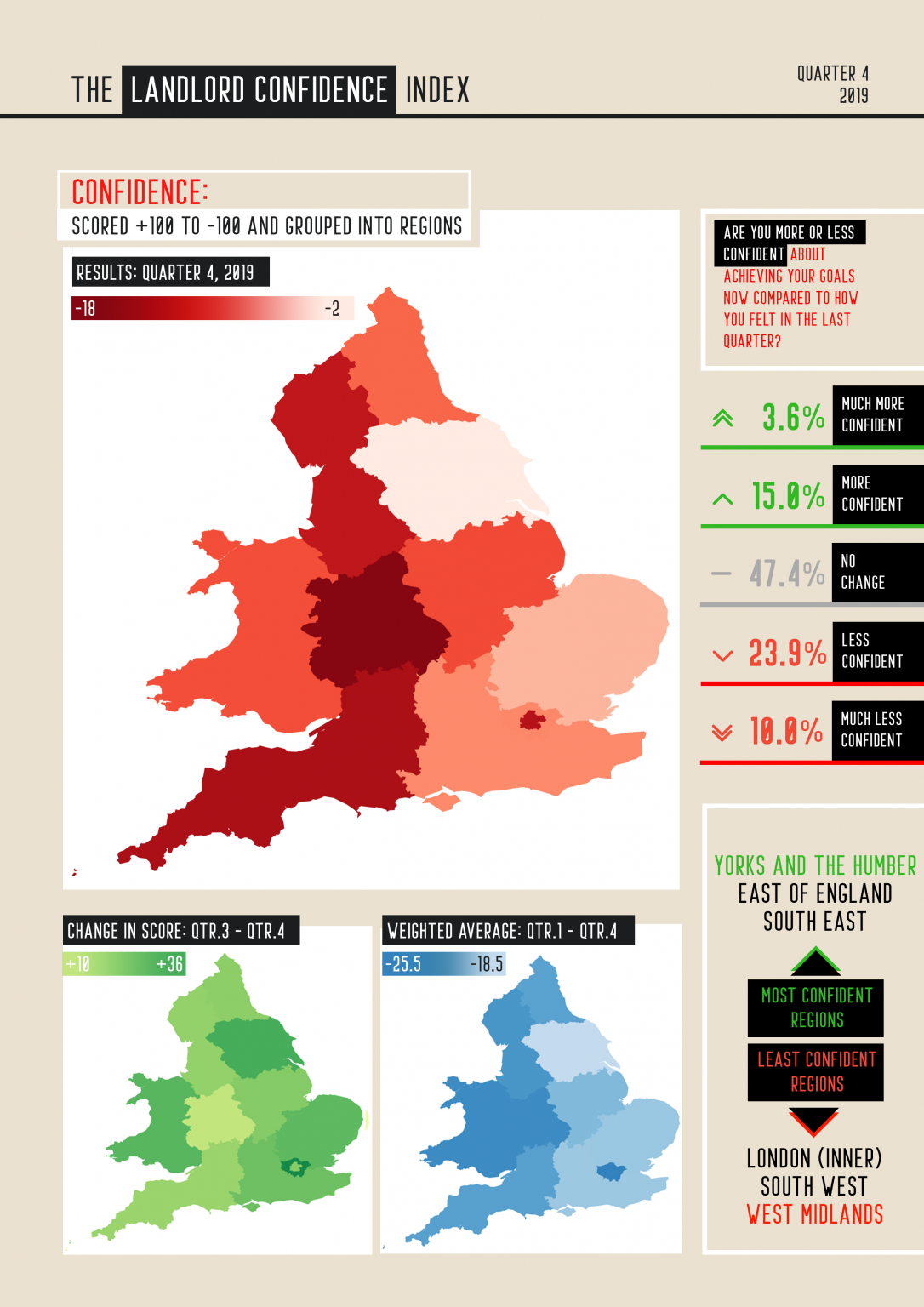 In Quarter 4 there continued to be a greater proportion of landlords feeling less confident about achieving their business goals than were feeling more confident:

The Confidence Index scores across all regions in England, as well as in Wales have risen since the Qtr 3 survey was conducted.

Though London as a whole, and Outer London specifically, have seen the largest increases in confidence between Qtr 3 and Qtr 4, these two regions were still had the lowest scores in the weighted index (-25.3) just ahead of Inner London (-25.2). 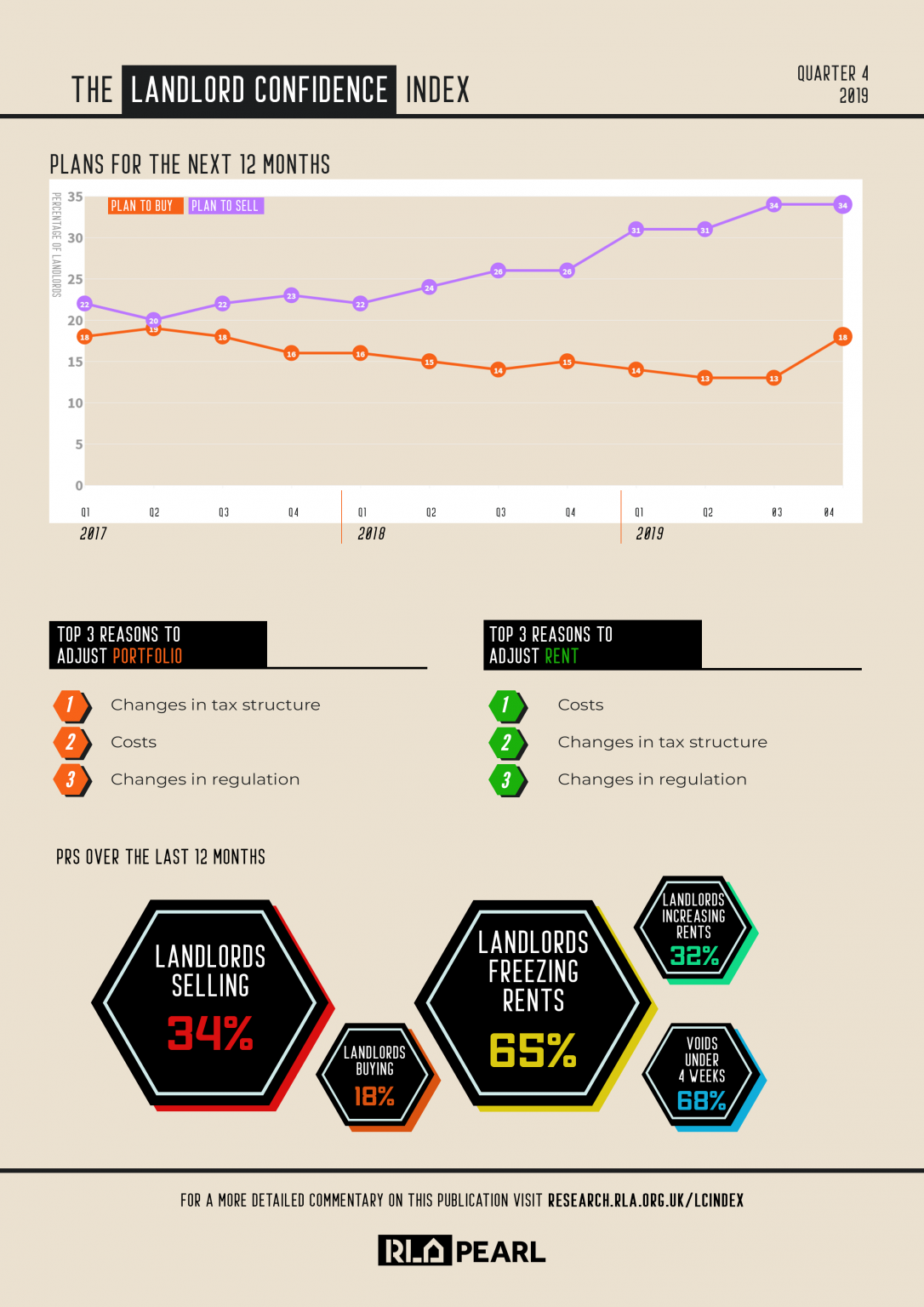 Plans for the next 12 months

The difference in proportions has narrowed. It last narrowed in Qtr 4 2018 and before that in Q1 2018 – so at least some of this narrowing may be a result of seasonal effects.

The reasons for change continue to reflect the negative drags on landlord activities – cost, taxation and regulatory change.

It is still too early to suggest landlords are becoming more optimistic about their future propsects.

PRS over the last 12 months

Over the last twelve months:

This is evidence which indicates that, in spite of high demand, landlords do not have confidence to raise rents consistently.

The Landlords’ Confidence Index is based on the responses of over 1,600 landlords.

The data is collected as part of the NRLA's quarterly reports.