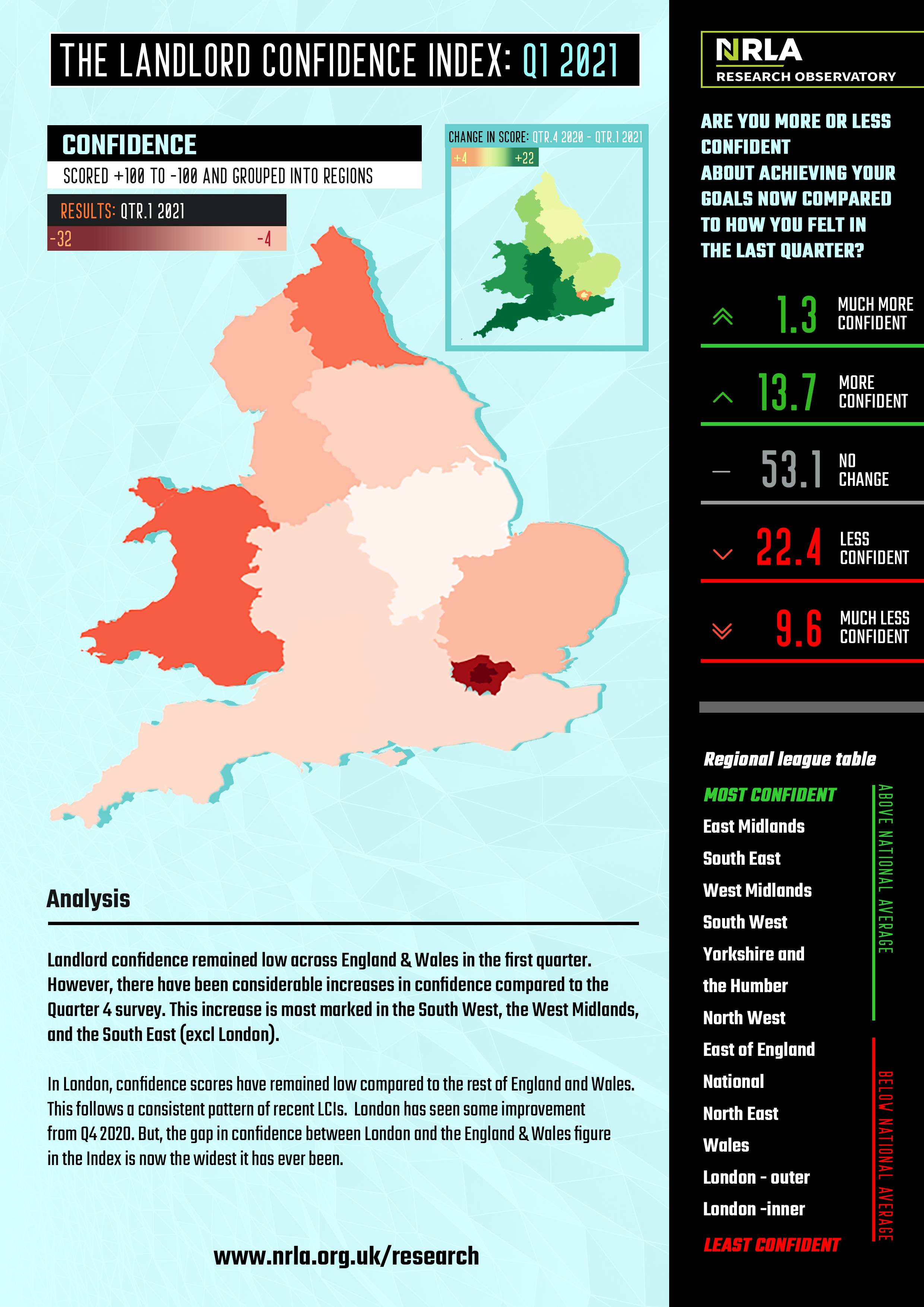 The LCI across England & Wales stood at -12.6 for Quarter 1. The negative number indicates overall sentiment is still gloomy BUT this figure is a significant uptick from the previous quarter (-27.8).  This is the second consecutive quarter confidence has risen. This itself is a first.

Increased confidence is being felt across England and Wales, though in London the increase in confidence is small.  In the South West and the West Midlands confidence increased by over 20 points. 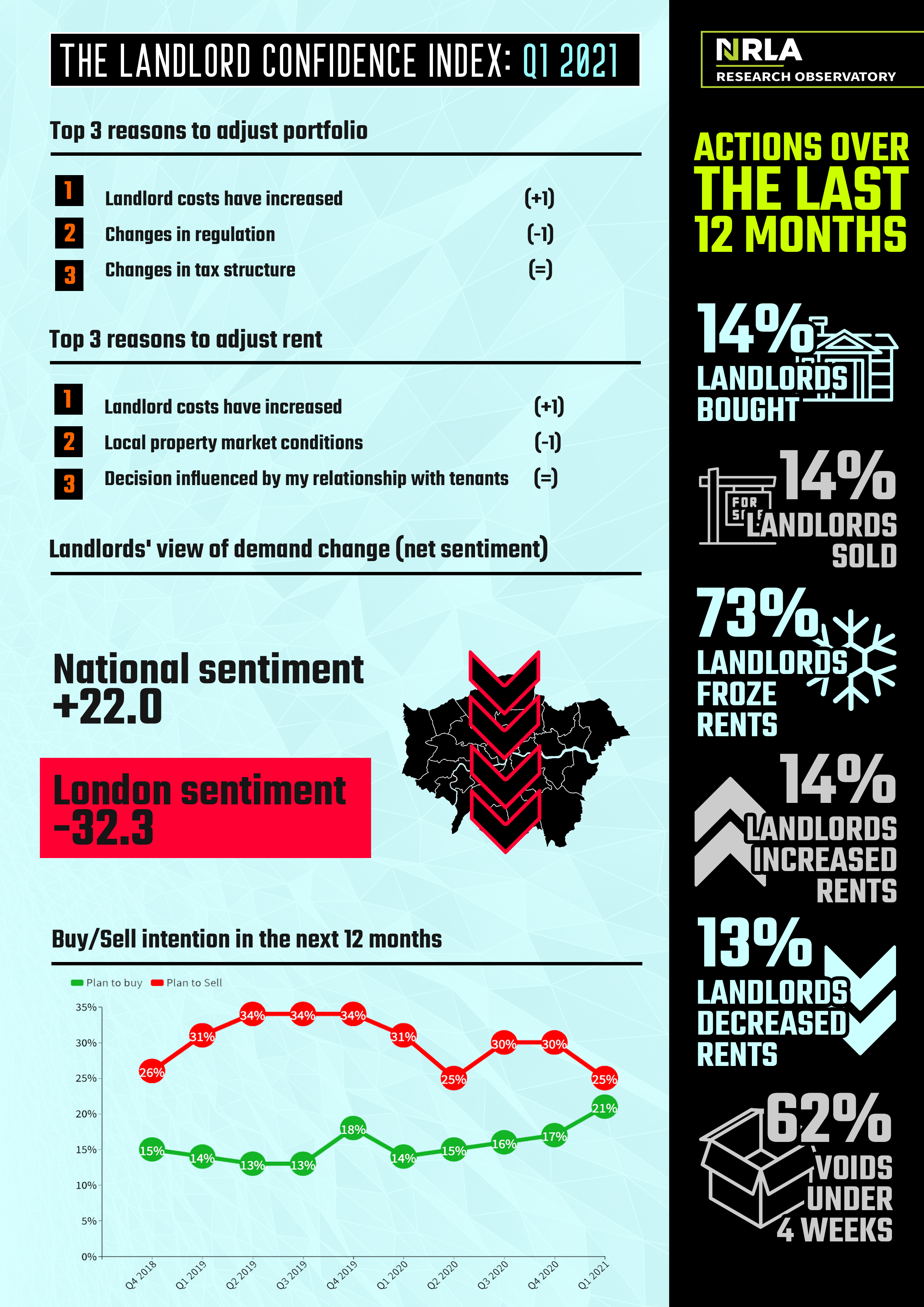 The reasons landlords give for adjusting either portfolios or rents are unchanged from the previous quarter, although the relative positions have changed in some instances.

Among those who have bought property in the last twelve months, confidence in local property market conditions and wider economic expectations as well as personal or family reasons are identified as key reasons to buy.

Among sellers, the proposed abolition of Section 21 is one of the most commonly cited regulatory changes underpinning that decision. Mortgage Interest Relief change remains the most significant tax issue which has led to landlords selling.

Note the net sentiment statistic reflects landlords’ perception based on their own experience of tenant demand. Nationally net sentiment has risen from +7.2 in the previous quarter.

In London however net sentiment remains negative – far more landlords are reporting reductions, rather than increases, in demand for rented property.