Landlords have been complaining, quite rightly, about Councils serving them with Housing Benefit Overpayment demands, sometimes completely without warning or justification.

It has certainly been the practice of many Councils to simply pursue landlords for any overpayment, no matter whether they caused or were perceived to have contributed to the mistake. They do so, mainly because DWP incentivised recovery and offered “subsidy incentives” or bonuses on what was recovered. Whereas, in most cases, the overpayment is caused by their tenant’s omission or neglect and it should have been to them councils pursued recovery.

More recently, as tenants of 'working age' have transitioned to Universal Credit, the problems, if anything, have worsened. Despite DWP’s claims of reducing 'fraud & error' in the system, numbers and values of overpayments have been going through the roof.

The National Audit Office, earlier this year reported, more than one in £10 paid through Universal Credit is incorrect. The Department estimates that £1,730 million (9.4%) of Universal Credit payments were overpaid in 2019-20.

Unlike Housing Benefit, where “official error” overpayments can be written off, all overpayments arising from Universal Credit awards are “recoverable”, mainly from the claimants’ themselves, but landlords and agents are already being pursued unfairly. Most simply pay up whereas, challenging DWP’s decision will often prove successful.

So, get yourself educated and prepared to question & challenge DWP decisions!

How & why do overpayments occur?

Overpayments occur for a variety of reasons, but can often be related to changes that occur in the claimant’s household make up or income. Examples of this include:

For most landlords, the most common occurence for an overpayment will be when a tenant vacates their property without informing DWP, the local council or their landlord.

Why do landlords & letting agents worry about overpayments?

Many landlords & letting agents are wary about taking on benefit reliant tenants because they fear they will be held culpable for any overpayment that occurs and have no option but pay up. Some have experienced overpayment demands for thousands of pounds without any warning. Many have repaid large sums without giving any consideration as to how they could possibly challenge these demands from councils or the DWP.

Are overpayments recoverable from landlords who have received payment direct?

In terms of Housing Benefit (LHA) most overpayments are recoverable. However, if an overpayment is due to a mistake made solely by the Council to which neither the tenant nor landlord has contributed in any way, the overpayment should be absorbed by the offending Council.

Most Housing Benefit (LHA) overpayments are caused by a mistake or omission made by the tenant, and so should be recovered from them rather than the landlord or agent. For example, they have omitted to mention an income or capital when completing the claim or after making their claim, failed to report changes (e.g. increased income; capital; son/daughter re-joins household; tenant vacates property). In the case of the latter (tenant vacating) there is also an obligation on any landlord receiving HB/LHA paid direct, to report the fact their tenant has left assuming they actually know that, or “could reasonably be expected to know that” by carrying out periodic checks to ensure the property is still occupied or by emailing or texting tenants to check everything is alright with the property.

What should happen when an overpayment occurs?

When an overpayment is discovered, the following issues need to be addressed by either the Council (HB) or DWP (UC):

Once conclusions have been reached, in respect of each of these factors, the Council or DWP must then write to the affected parties. Where payment is made direct to the landlord, decisions must be sent to both tenant & landlord, explaining who is being held culpable and why that is the case.

How can you respond to this?

If you, as landlord or agent, are told you have been overpaid and are to be held culpable, you should also be told of your right to challenge the overpayment or ask for more information, so as to understand the reasons culpability rests with you. Once you know that, you can either appeal the decision in HB/LHA cases or seek a Mandatory Reconsideration in Universal Credit cases. If this is unsuccessful, you can then lodge an appeal to the Tribunal Service.

You can find more detailed on overpayments by examining:

Alternatively, you can examine some recent case studies, of appeals I have represented in, before First-tier Tribunals.

If you wish to find out anything more about overpayments or any other aspect of Universal Credit or Housing Benefit (LHA) practice, please contact Bill Irvine, UC Advice & Advocacy Ltd by email: bill@ucadvice.co.uk or phone 07733 080 389. 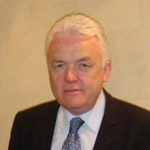 Bill has quickly become known as a very effective Welfare Rights Advocate. He has been involved in most of the major social security changes since the early 80’s when Housing Benefit was first introduced. As well as offering advice and assistance to landlords, primarily in the RSL/PRS sectors, he also provides representation when disputes can’t be resolved through negotiation and where they have to be progressed through the formal tribunal process, initially to First Tier and, if necessary, through to Upper Tier level where some of his cases have proved to be of national importance to disadvantaged groups.

See all articles by Bill Irvine