There are significant challenges for the Welsh Private Rented Sector in terms of fuel poverty, energy efficiency and building conditions.

This is mainly due to the PRS being characterised by older stock, significant numbers of properties with single cavity walls and many properties being off the gas grid. 43% of PRS properties were built pre-1919 in the PRS compared to just 5% in the social sector.

Despite these challenges the PRS in Wales has made the biggest improvements. According to the Welsh Housing Conditions Survey 2018/19, the PRS Standards Assessment Procedure rating increased by 18 points – more than any other tenure.

As of April 2020, landlords operating in Wales and England must ensure that they are compliant with the Minimum Energy Efficiency Standards, UK Government legislation that requires all properties in the PRS to have an Energy Performance Certificate (EPC) rating of at least E, otherwise the property cannot be rented on the market. However, there is a £3,500 cap on costs incurred to landlords and if the property still cannot meet an E grade, landlords can apply for an exemption.

The NRLA has produced a tool kit to help landlords comply with the new standards. (coming soon)

The RLA and NLA were also key partners that fed into the Welsh Government’s Decarbonisation of Existing Homes Programme and the Better Homes, better Wales, Better World report.

The main reasons for fuel poverty are down to the circumstances of the tenants, the energy efficiency of the home or both.

The NRLA are also active members of the Cardiff Affordable Warmth strategic Group, which includes key stakeholders in advising and tackling fuel poverty in Cardiff.

Evidence from the Building Research Establishment (BRE) clearly indicates a strong correlation between poor housing conditions and poor health outcomes. Across all tenures, Wales has the highest proportion of properties with Category 1 risks on the Housing Health & Safety Rating System (HHSRS) with 18% of stock posing a health and safety risk.

Our research has found a post code lottery of local authority enforcement across Wales which does not support good landlords or good tenants. 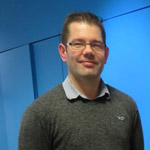 Tim Thomas is the Campaigns and Public Affairs Officer for the NRLA. With almost fifteen years’ experience in policy and research roles in local authorities and the third sector, Tim takes a leading role on our campaigns to improve access to the Private Rented Sector. Tim’s campaigns have included campaigns to tackle homelessness, supporting the Afghan resettlement programme and promoting adaptations to private rented accommodation for tenants who require them.