An “accountability deficit” exists within Rent Smart Wales (RSW), the nation’s registration and licensing authority for the private rented sector, according to a report published by the NRLA today.

The report, Rent Smart Wales: The Accountability Gap, published by the NRLA representing over 85,000 members across England & Wales, was undertaken to evaluate RSW’s performance as it marks its fifth anniversary, meaning most landlords and agents will be renewing their registrations and licences in the coming year.

The main conclusions of the report include:

RSW was introduced by the Welsh Government through the Housing (Wales) Act 2014. The body “went live” in November 2015 and gave landlords and agents one year to comply before enforcement activity began.

However, RSW has faced criticism for bureaucratic compliance rather than improving standards in the PRS and eliminating criminal landlords.

Additionally, the body was introduced as “Wales’ single licensing authority” whereas councils retain the ability to introduce local discretionary licensing schemes for private rented properties. These require far higher fees and, often, duplicate paperwork. Additional licensing of Houses in Multiple Occupation is in place in half of Wales’ 22 councils.

The report, marking the most comprehensive assessment of the powerful quango, to date also makes recommendations to improve RSW’s performance and stakeholders’ confidence in it:

Commenting on the report’s publication, NRLA Wales’ Policy & Public Affairs Officer Calum Davies, said: “The NRLA believes there has been insufficient scrutiny of RSW – an incredibly powerful body considering how much regulatory and prosecutorial power it wields – and felt a duty to fill that evidence gap.

“What is clear from that research was a lack of transparency as to how decision-making within the organisation is conducted and who is politically accountable for decisions that affect over hundreds of thousands across Wales.

“It is obviously a positive thing that RSW and the Welsh Government share the NRLA’s ambition to improve the private rented sector.

“We hope our research and its findings will advance the debate about improving standards and encourage actions to be taken that will result in a fairer sector for all.”

For more information about renting homes in Wales, including our manifesto outlining priorities for the PRS ahead of the Welsh elections in May and ongoing campaigns, click here. 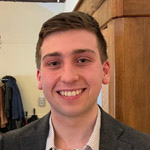