Whether to allow pets in your property is something of a thorny issue.

The benefits of pet ownership are well publicised, however since the Tenants Fees Act effectively banned pet deposits, some landlords have been worried about accepting animals over concerns they could cause damage.

A new report out today by animal charity Advocats East Mids is calling for an amendment to the act, to allow for either landlords or tenants taking out pet damage insurance, or to allow a separate, capped pet deposit.

Under the proposals both options would be allowed under the Act as permitted payments.

According to the charity, one in five landlords who previously allowed pets have stopped doing so since the Tenants Feed Act (2019) was passed.

This is despite a huge increase in pet ownership across the board since the Covid-19 pandemic hit.

How would the scheme work?

A number of insurance companies have expressed interest in providing pet damage insurance products, but would need the law to change for these insurance policies to be viable.

The onus would be on the tenant to take out an insurance policy, allowing them to build up a no claims history. A pet deposit, capped to a fixed sum, would act as an incentive to landlords, reassuring them any damages to the property would be covered.

With tenants proven to stay in homes longer if they are allowed pets, there are benefits to landlords when it comes to accepting animals.

And public opinion is also in favour of making pet damage insurance an option.

According to the charity’s report 53% of pet owners, including 57% of dog owners and 55% of cat owners, say they would be willing to take out pet insurance if required by a landlord, and 76% of landlords believe insurance products should be available for both parties.

NRLA deputy director for policy and research John Stewart was interviewed by the charity and is quoted in the report, saying he believes members would be interested in the insurance options outlined.

A group of 30 MPs have now written to Housing Secretary Robert Jenrick to ask for the legislation to be amended.

The NRLA has produced a guide for landlords regarding pets in rental properties which can be accessed on the website here. 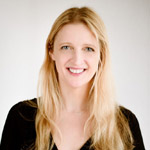