This week NRLA Wales launched its manifesto ahead of the Senedd election on 6th May 2021. In this blog NRLA Chief Executive Ben Beadle writes about the NRLA's six key calls for the parties standing in the 2021 Welsh Parliament elections.

It really is a pleasure to launch the NRLA’s first-ever manifesto for next year’s Senedd election. It is important to us to ensure our members and landlords across Wales are well-represented and promoted in the important work we carry out.

That is why there has been no compromise on our desire to build a stronger, fairer, more harmonious private rented sector (PRS) in Wales. This year, our achievements have been evident in persuading the Welsh Government to adopt a tenant loan for coronavirus-related arrears, amending their possession reform bill, and express willingness to explore the feasibility of a housing court.

Alongside this, we have engaged with non-government parties, local authorities, and Rent Smart Wales (RSW) in the interests of NRLA members. But the Senedd election presents the next great opportunity to set the agenda for five years. That is why we have six key areas of interest to give the PRS a break, given we’ve seen four pieces of major legislation since 2014.

1)  Streamlining licensing without compromising on standards. Unlike in England, there is a national licensing body in RSW. Why then do landlords have to go through similar tests and pay significantly more money for local licensing schemes? When the Renting Homes Act is implemented (due in Spring 2022), Fitness for Human Habitation standards and RSW will provide a fair and sufficient bulwark against bad landlords. In which case, local licensing should become obsolete. Within this manifesto call, we are also calling on parties to make RSW more transparent – given the power it wields, it is only fair that those who regulate landlords are accountable.

2) Supporting landlords and tenants more directly. Political parties and organisations often talk about providing social tenants with support but limiting landlords in the PRS. It should not be like this. That’s why we’re calling for similar support for private tenants, funding for Landlords Support Officers in local authorities, and adding anti-social behaviour to the list of mandatory grounds for repossession. It is also essential the next Welsh Government introduces a “tenant passport” to empower both landlord and tenant, allowing for a mobile deposit system and modern ‘live’ referencing. This is all the more important as the UK Government promised to introduce the deposit element – Wales should move ahead, not fall behind.

3) Improving property conditions. Energy efficiency is high on the agenda for most parties, but landlords need help to meet those objectives. That’s why funding through schemes similar to England’s Green Homes Grant, is vitally important. We also want to help the Welsh Government tackle the problem of empty homes and getting them to realise landlords can be part of the solution is key to that. We believe the best way to do this is through financial incentives and a more holistic, less arbitrary, deployment of Council Tax discounts and premiums.

4) Welsh Housing Survey. The English Housing Survey collects a vast amount of data that is essential for evidence-based policymaking and a Wales version has the backing of several organisations including from Homes for All Cymru. Strides are already being made here as the need to explore this has been recommended by the Senedd’s Equality, Local Government, and Communities Committee.

5) A Housing Court for Wales is essential for ensuring swift justice for both landlords and tenants. This is all the more important given the enormous backlog that has built over the pandemic, never mind the delays that already existed before March. Again, this proposal already has wide-ranging support, including from a House of Commons Select Committee, Shelter Cymru, the Chartered Institute of Housing, and landlords on the ground. Senedd committees have also backed exploring this proposal.

6) Rejecting Right-to-Rent and rent controls. The UK Government’s Right-to-Rent scheme that turns landlords into border control agents, obstructs the letting process, encourages adversarial relationships and may lead to increased discrimination. It should not be adopted in Wales. Nor should the disastrous idea of rent controls that have failed in several other countries. We understand that controls might sound attractive, but the reality is they do not work and often have different negative consequences, especially for new tenants.

We look forward to working with all parties to ensure they understand how our calls are beneficial to both landlords and tenants, meet shared goals, and how they improve the sector as a whole. We believe our proposals demonstrate how private landlords are part of the solution to the housing crisis. Together, we can build a fairer PRS for all. 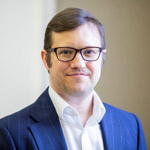 Ben is the Chief Executive of the NRLA.

Prior to taking up his position at the NRLA, Ben was the operations director at Touchstone, part of the Places for People housing group, and was also the managing director of a leading deposit scheme in Northern Ireland. Ben is also a landlord.

See all articles by Ben Beadle