Blog: Does anyone like Labour lockdown exit plans for private renting?

With the first tentative moves towards the lifting of lockdown measures in England and Wales, albeit at very different paces, we got our first glimpse of Labour’s proposals for the private rented sector.

Shadow Housing Minister Thangam Debboinaire MP, issued a five point plan to protect renters when the effective ban on evictions is lifted on 25th June.  It consisted of:

On first sight, it’s not hard to see why landlords, with anti-social tenants or facing months and months of unpaid rent, might not sign up wholesale.

A potentially never-ending ban on evictions while properties are trashed, rent arrears soar while tenants have two years to ship out and move on, with no means for landlords to even attempt recovery of losses?  No thanks!  Though we can all get on board with measures to ensure that housing allowances better reflect market rents.

What seemed to catch Labour by surprise was the fury of renters’ groups.  Twitter was full of shouts of betrayal, accusations of a return to Blairite centrism and, worse of all, the class treason of putting the interests of landlords before those of tenants.  Don’t they know who voted in these Labour MPs?!

Particular scorn was reserved for Ms Debbonaire, whose constituency is in Bristol, home of one of the more radical tenant groups, Acorn – especially when it was revealed that she had met with the NRLA, but not yet with a renter group on her own doorstep.

At the heart of these complaints was the unavoidable fact that Labour had committed a major policy shift, away from rent suspension to rent deferral, and was saddling tenants with long-term debt.

Before dismissing Labour’s plans entirely, it is important to look at the context provided by the party’s spokespeople, including new Labour leader Keir Starmer, in interviews and articles.

Rent should be paid

Importantly, Labour recognises that rent is due and should be paid.

Appearing on LBC Radio, to take questions from the public Mr Starmer stated that if rents were suspended, then landlords would have to be compensated.

This would mean people who were still working and able to pay their rent receiving support they did not need.

There would effectively be a double-dipping of the public purse, with both those furloughed or qualifying for self-employed support and their landlord receiving payments from the state.

He also made it clear that Labour’s fifth point – a boost to benefits – would ensure that those who had lost their jobs would receive enough in housing allowance to pay their rent.

All-in-all, says Labour, these steps should mean that rent arrears are manageable – run up for a short period while people get back on their feet, or by those who have fallen through the gaps in government support.

In a recent letter to the Housing Secretary, Ms Debbonaire also appealed to the government for financial support for small landlords facing hardship, recognising that this group has fallen through those very gaps.

Landlords will, rightly, be quick to point out that Labour’s proposed extension of the eviction ban does not address those possession actions begun before the coronavirus pandemic, allow for the removal of anti-social tenants causing misery for housemates and neighbours, deal with the minority of ‘can pay, won’t pay’ die-hards, or help landlords whose own circumstances have changed and who need to move into a rental property themselves.

Nor does it deal with tenants who simply leave, having run up arrears.

However, we do need to recognise that this marks a return to pragmatic policy making by Labour, and that it is a genuine attempt to deal with the long-term issues presented by the current crisis.

It also shows why it is vital that the NRLA continues to engage across the political spectrum, influencing stakeholders in seeking to deliver an equitable solution to a national problem. 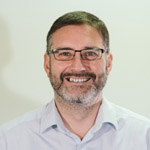 John is the Deputy Director of Policy and Research for the NRLA. He has over 20 years experience working in politics, as a successful election agent, MP’s assistant, local councillor and council leader, and is a former charity chief executive.

He oversees NRLA policy work across all levels of government – central, devolved and local – working to ensure that landlords’ views are represented and officials, MPs, Assembly Members and local councillors have key information and evidence about the PRS before they take decisions.

See all articles by John Stewart