The NRLA has made national headlines in newspapers and on TV and radio following campaigns around the evictions ban and additional support for landlords and tenants affected by Covid-19.

Attracting the interest of national and local media is vital when it comes to promoting our campaigns work and the rights of landlords – as well as challenging the stereotypes around the profession.

And in addition to the NRLA team, a number of individual landlords shared their stories during the pandemic, to put a human face to the issues affecting many of you right now, from a single mother struggling to evict an anti-social tenant to a landlord and nurse left homeless herself by the ban.  Here, we look back at some of that coverage.

On Friday 21st August, the Government announced that the moratorium on possessions would be extended again, until 20th September 2020. The NRLA branded the decision to extend the ban as “unacceptable”, with the association writing a letter to the Prime Minister raising concerns.

Several national news publications gave coverage to the letter, including the Daily Mail online, and the Telegraph.

The following week, the NRLA issued a joint call with other industry bodies and charities across the housing sector, urging the Government to provide greater financial support to cover Covid-related rent arrears. The industry bodies making the joint call include the NRLA, Crisis, Citizens Advice, Shelter, ARLA and Generation Rent. 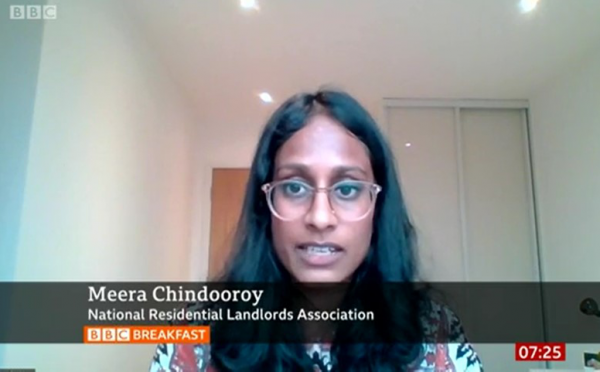 NRLA deputy director of policy and campaigns Meera Chindooroy was interviewed on BBC Breakfast about the joint call, (pictured above), and there was coverage on BBC News online also about this.

At the start of September, NRLA Chief Executive Ben Beadle wrote an article for the Telegraph about the Government’s U-turn at the time on ending the evictions moratorium.

In the article, Ben highlighted research showing the vast majority of landlords have been working with tenants to sustain tenancies during the pandemic, but that landlords can not be expected to subsidise struggling renters - especially given that 94% of private landlords are individuals, with many investing in just one or two properties as a pension.

Also in September, landlord and former Vice-Chair of the RLA, Chris Town, wrote an article for the Conservative Home website, explaining why the evictions moratorium must lift on 20th September. In the article, Chris explained why banning repossession had not been without victims, citing landlords being unable to do anything about tenants behaving antisocially and causing “misery” to fellow tenants or neighbours, as one example of this. Chris also explains in the piece why interest-free, Government-guaranteed hardship loans for tenants in England, to cover Coivd-related rent arrears, must be introduced. This article can be read online here.

As the 20th September date for the lifting of the evictions moratorium came closer, the NRLA was also mentioned in an article written by Baroness Altmann, for the Telegraph.

In the article Ms Altmann called for the need for more Government support for landlords, going on to write that most landlords are “not heartless corporations, but decent citizens who have worked hard to invest in a property to supplement their income”. The baroness also called for no more blanket extensions to the evictions ban. To read this article, click here.

The NRLA also appeared on several news channels in the days leading up to the moratorium on evictions was lifted to present the case as to why this should happen. 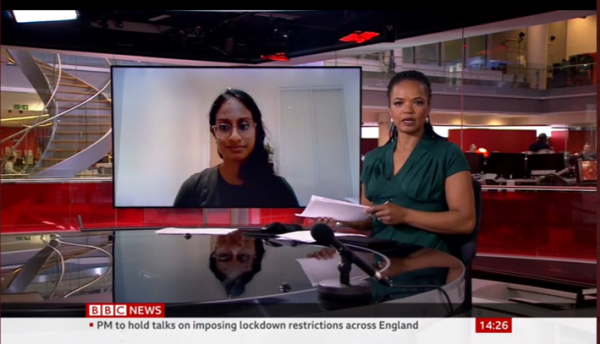 On the weekend before the stay was lifted, NRLA deputy director of policy and campaigns Meera Chindooroy spoke to BBC Radio Four’s MoneyBox show (18 minutes in), Times Radio (3hrs 56 minutes in) and the BBC News Channel (pictured above) explaining not only why it was important to lift the evictions ban but also why it is important the Government introduces a package of financial support for landlords and tenants.

NRLA Chief Executive Ben Beadle was also interviewed alongside a representative from Generation Rent on Channel 4 News on Sunday 20th September (pictured below), as well as on the Today programme (20 minutes in) on BBC Radio 4 on Monday 21st September. 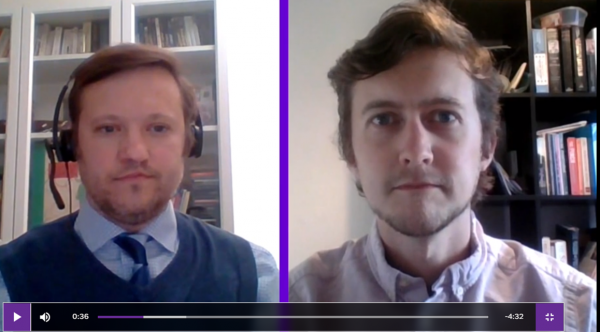 As well as several NRLA representatives appearing in national media over the last few months, a number of members have also taken part in media interviews, to highlight their personal experiences around how the moratorium on evictions has impacted them.

One landlord, Candy, took part in interviews with BBC Newsnight and Times Radio. She described how the evictions ban left her unable to do anything about her tenant who had not paid rent since December last year and is also behaving anti-socially. You can read Candy's story in this BBC News online article here.

Another landlord, Emma, spoke to the Times and the Liverpool Echo about how she is currently homeless and living abroad with her parents, because she can not move back into her own property. In the moving article, she describes how the tenants living at her property have not paid rent, and have stayed long past the notice period, meaning she can't move back to this country.

Interested in sharing your experiences with us? Use our online tool here.

Victoria is the Communications Officer for the NRLA.

She is responsible for producing articles for our news centre, the weekly e-newsletter, and manages and creates content for the association’s social media channels. She also contributes to our members magazine, Property.

See all articles by Victoria Barker