Photographic Evidence in Tenancy Deposits – How to get it right

At the end of a tenancy, it can be difficult to prove how much deterioration or damage has been caused to a property. Whilst an inventory report can offer a good comparison between the start and end of tenancy, in-depth detail may be missing on the disputed area of concern which can cause difficulty when dealing with tenancy deposit disputes.

Photographs provide an extra level of evidence and support the written details in the check-in and check-out reports. Provided they are dated and timely, they can clearly show how a property has changed over time, which can be useful for the adjudicator assessing your deposit dispute.

It’s important to remember that photographs should be used in addition to and not as a substitute for the written word. Photographs can’t record odours, for example, and may not adequately pickup cleaning issues, such as dust on a carpet, so always use the inventory reports to capture that level of detail in the description.

If you choose to supplement and strengthen your evidence with photographs, your images must be of a quality that shows the adjudicator a good level of detail. There should not be any second-guessing as to what the photograph is showing. Upload an appropriate quantity of photographs for the claim in question; this will help the adjudicator come to a much quicker decision without trawling through hundreds of unnecessary photographs.

Try to take photographs in a good light by opening curtains, turning on lamps or lights, and choosing the right angle so that windows are behind you rather than behind the object (if possible).

It also helps to label the photos with details of the location in the property and the damage so that an adjudicator can easily see the issue in question. In addition, make sure you scale a photo where possible, add a bunch of keys or a mobile phone to assist in determining the size and position of the damage as identified.

Whoever is undertaking the check-in or check-out report should take the pictures at the same time as the report – preferably in the presence of the tenant(s). It’s important those photographs are dated, too. If the tenant(s) can’t be present for the check-in, they should be sent the photographs promptly with the check-in report so they can confirm, sign and date them in accordance with their own observations. Verification of photographs taken on check-out will be more difficult, unless the tenant is present, because they may not be returning to the property to confirm the detail. 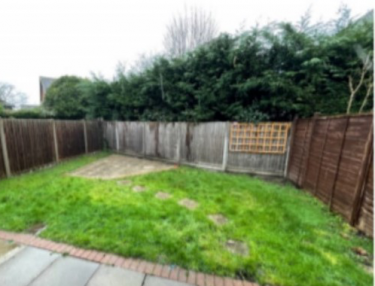 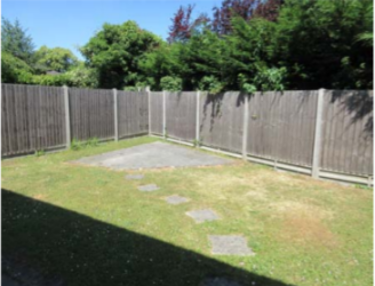 The following case, dealt with by a TDS adjudicator, demonstrates how photographic evidence was pivotal in deciding the distribution of the tenancy deposit.

The landlord claimed for gardening costs because the gardens were overgrown at the end of the tenancy, to include general maintenance of the gardens including the grass, borders, rockery, gravel path, small bushes and hedges.  In response, the tenants argued they had maintained the gardens to a reasonable standard. They also said they were not responsible for trimming the high hedges and ivy on the basis it would have required specialist gardening equipment, which they were not contractually obliged to do.

The landlord produced a garden maintenance invoice dated three weeks after the tenancy ended, which did not include trimming of any high-level hedges or ivy.

The landlord had however produced dated photographs for the start of the tenancy, and after the tenancy ended in the summer. A comparison of these showed that the condition of the gardens had deteriorated at the tenancy end.

The adjudicator was satisfied that the tenancy agreement required the tenants to maintain the gardens during the tenancy. The evidence presented showed that additional gardening was needed to return the gardens to their original condition at check-in.

However, the adjudicator did not award the landlord the full amount claimed. The maintenance work to the garden was undertaken three weeks after the end of the tenancy, during which time further growth to the garden would have occurred. To reach a reasonable compromise and to allow for the additional growth that could not be attributed to the tenant, the adjudicator made a reduced award to the landlord.

So, what are the key points here?

• Part of this dispute related to confusion about what the landlord’s claim was for, and what the tenants were responsible for. One of the tenant’s principal arguments did not in fact relate to a claim that was actually being made by the landlord. A clearer dialogue between the parties before the case was referred would have helped and accelerated resolution.

• It can be difficult for adjudicators to gauge the condition of gardens from words alone – photographs showing an overview of a garden at check in and check out provide further detail.

• As with all evidence of condition, make sure the evidence you produce is timely. It must capture the condition of the property at the time the tenant moved into and vacated the property – not some weeks earlier or later.

If you are unsure what your rights are as a landlord or would like to know more about how an adjudicator makes a decision about tenancy dispute claims, the TDS information lounge is filled with useful case studies, guides and FAQs on tenancy deposits.

If you are not yet a member of the NRLA, click here to join 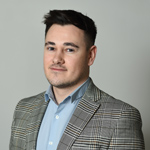 Michael Hill joined TDS in early 2015 after graduating from university with a degree in law. He has worked in a number of roles including as a Dispute Resolution Executive, followed by a two-year period as an adjudicator. Michael currently works in a dual role as Operations Manager for the TDS/Zero Deposit claims and executive assistant to the CEO. He is also continuing to undertake adjudications where possible and occasionally assists with training events.

See all articles by Michael Hill