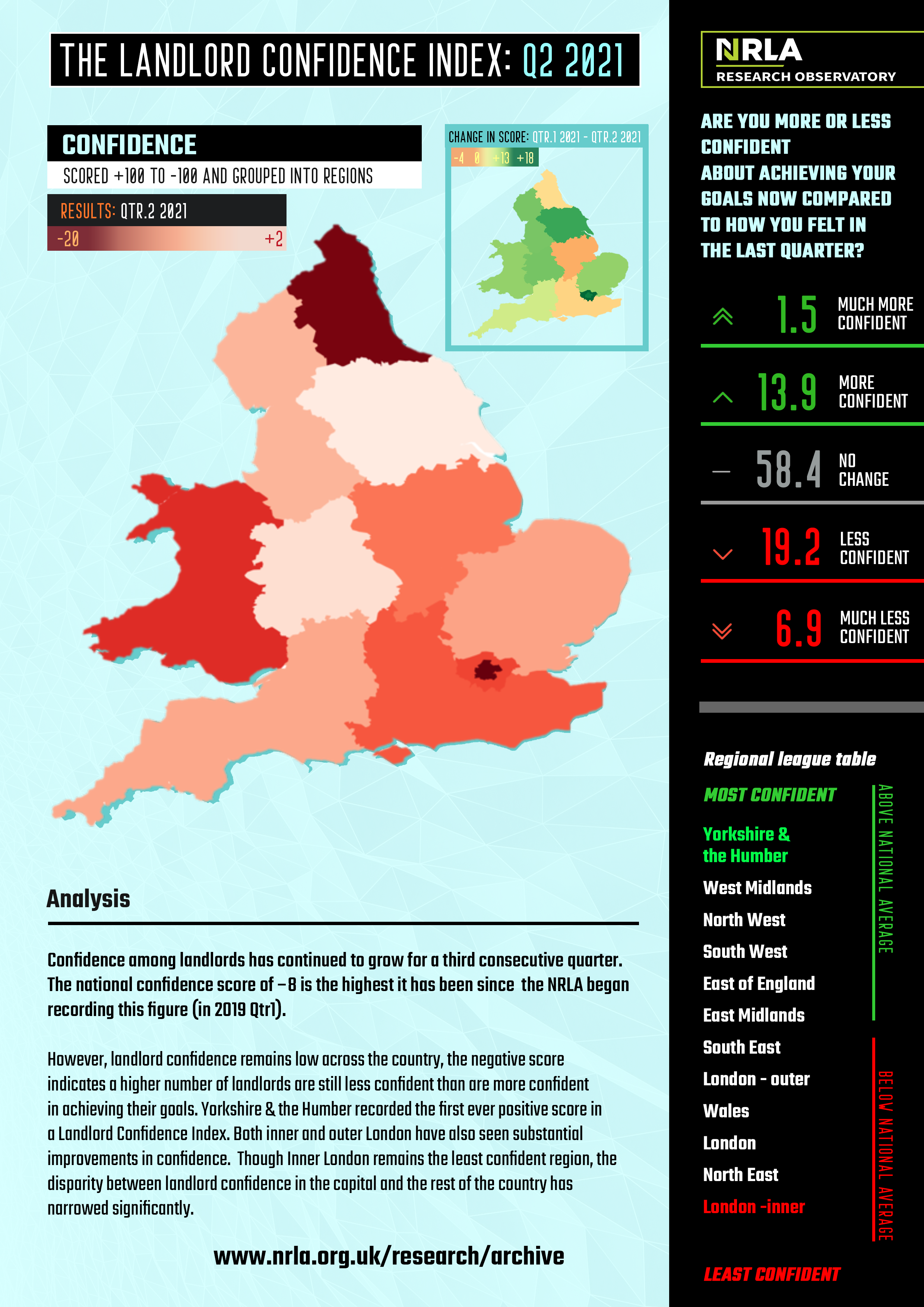 Each quarter the NRLA ask landlords whether they are feeling more or less confident about achieving their goals compared with the last quarter. The results from this question are collated and used to create a net score. The LCI across England & Wales stood at -8.0 for Quarter 2. This is the highest national score recorded in the ten quarters the index has been running (it began as part of the RLA's research programme and has continued). The negative number however does indicate overall sentiment remains gloomy.

This quarter also saw the first ever positive confidence score for a region. Yorkshire and the Humber recorded a score of +0.7. Though this figure is marginal, the number of landlords feeling more confident than less confident being almost equal, this is the first positive score any region has recorded since the data was first collected in Q1 2019.

Though confidence has generally increased, three regions saw a downturn in confidence compared with last quarter: the North East, the South East and the East Midlands. The North East's score of -19.2 means that only landlords from Inner London were less optimistic about achieving their goals (-20.0). 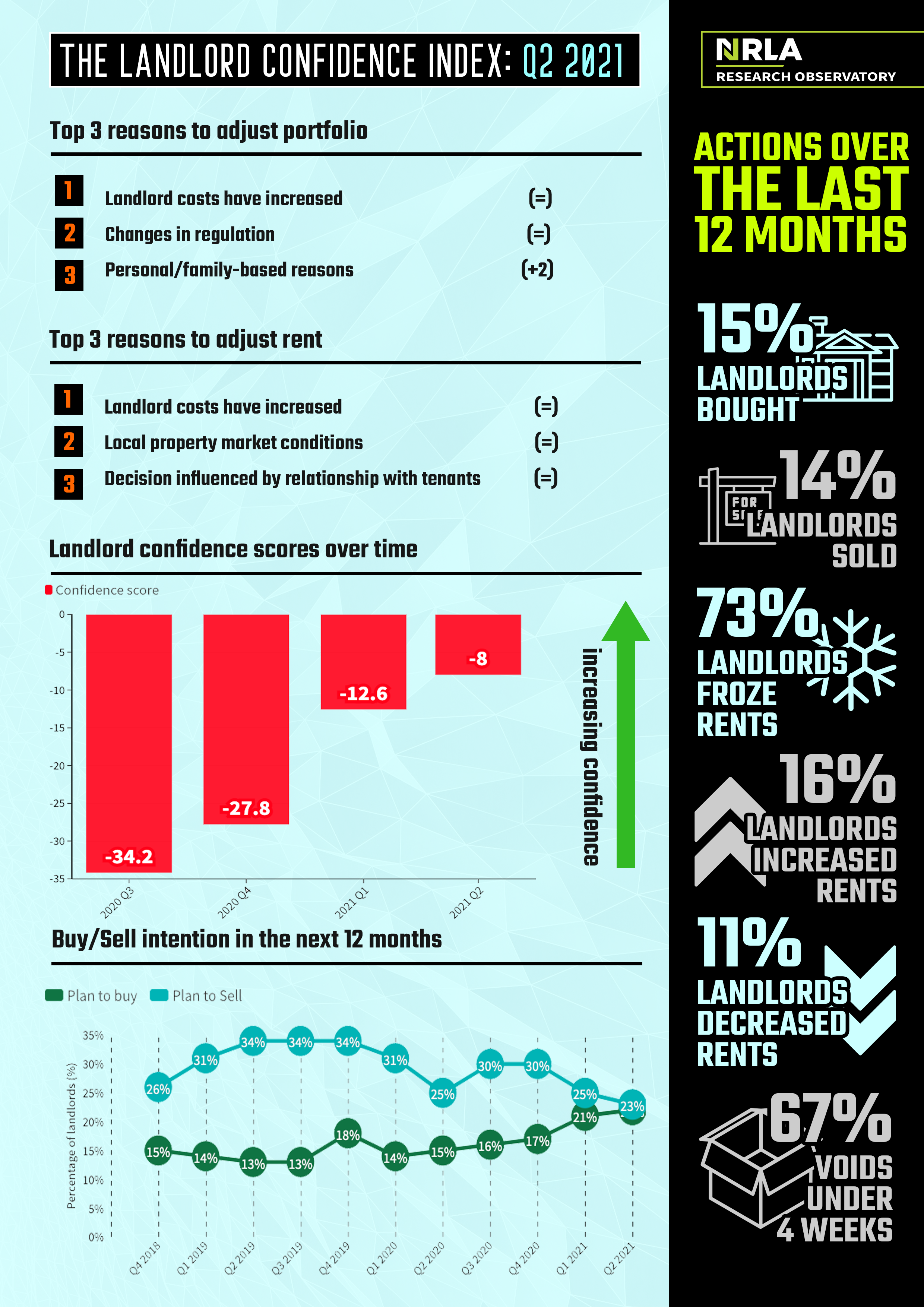 The reasons landlords give for either adjusting their portfolios or rents are more or less unchanged from the previous quarter. Landlords stating "Personal/family-based reasons" was the third most common reason, taking the place of "changes in tax structure".

Those who have bought in the last year cited expected changes in economic conditions as the most influential factor in their portfolio decisions (28.5%). This group is clearly optimistic about the economy in the wake of the pandemic.

Amongst sellers, the changes to Section 21 and the ban on repossession were cited as the most influential regulatory changes prompting the decision to sell.

The score of -8 is also the highest ever national confidence score obtained, the previous highest being in Q4 2019 in the wake of the general election.

Landlords have noted an increase in demand for the second consecutive quarter. When asked about their perceptions of demand for property in their area, more landlords have stated there has been an increased than a decrease. Currently the net score is the highest we have seen since the NRLA began recording demand in Q2 2019.  The net score has grown almost ten percentage points since the previous quarter.

Nationally, 67% vacant properties remain so for less than four weeks. This is a five percentage point increase on last quarter, meaning landlords' properties are being turned over and filled increasingly quickly. This figure is almost as high as "pre-pandemic" numbers, with less-than-four-week void periods standing at 68% in Q4 2019.

The proportion of landlords planning to buy in the next twelve months is now 50% higher than in Q1 2020 – a survey which overlapped with the outbreak of the pandemic.

With 22% of landlords looking to buy in the next twelve months (this is the figure partially hidden in the chart), this is the highest figure recorded since surveys began (which pre-date the LCI, commencing in 2017 Q1).

This figure is almost as high as the proportion of landlords looking to sell (23%).