The NRLA Wales team is based in Cardiff and represents the interests of private rented sector (PRS) landlords by maintaining good working relationships with the Welsh Government, Members of the Senedd, councillors, Rent Smart Wales, and other stakeholders in the housing sector. We also speak directly to landlords by facilitating select landlord forums.

In using its powers, the Welsh Parliament has passed three signifcant pieces of legislation governing the PRS in the last few years: the requirement to register and/or licence was brought in by the Housing Act 2014; wholescale reform is soon to come into force by the yet-to-be-implemented Renting Homes Act 2016; and the tenant fees were banned in 2019. Currently, the Welsh Government is taking a possession reform Bill through the Senedd which will significantly change the evictions regime in Wales.

NRLA Wales is here at every stage to ensure policymakers are aware of the issues affecting landlords and that their interests are heard as we aim to make the PRS work for both tenants and landlords.

Last year, the Welsh Government announced its intention to reform possession law in Wales. It has decided to press forward with its proposals – which it consulted on last summer – in the form of the Renting Homes (Amendment) Bill. The proposals are:

The Bill will amend the Renting Homes (Wales) Act 2016 before it is commenced. When the Bill passes, the amended 2016 Act will come into force before the 2021 Welsh Parliament election on 1 April 2021 as the Welsh Government intends.

Read more about the Bill

NRLA Wales is committed to improving the image and perceptions of PRS landlords, working with government to shape legislation that will support them, at the same time as protecting tenants and improving standards. We believe this can be done by:

7. Improving justice for landlords and tenants

9. Expanding the Evidence Base for Housing

Read more about our Wales campaigns

What fees are banned and allowed in Wales

Registration and licensing in Wales

What is required from you as a licensed landlord. Includes links to agent conditions.

What is expected of licensed landlords in Wales regarding inspections and template checklists to help.

What to prepare before a tenancy

How to start a tenancy

Looking After Your Property | Landlord Resources

How best to protect and maitain your property

What you need to know about grounds-based possession

What you need to know about no-grounds possession

Applying To Court After Serving A Section 21 (wales)

What to know when a S21 notice has not worked

The latest news on the private rented sector in Wales:

Additional licensing scheme renewal given go ahead in Denbighshire 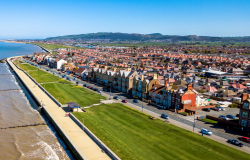 Loans to pay off rent arrears built during the coronavirus pandemic will now be available to tenants in Wales following a campaign by the NRLA. The new Tenancy Saver Loans scheme, which will apply to the Private Rented Sector only, will allow tenants to borrow money to cover the arrears they have built, with the cash paid directly to the landlord or agent. 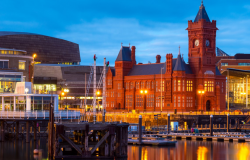 The Welsh Government has today announced plans for a new Tenant Saver Loan scheme, allowing tenants toÂ pay off rent arrears built during the coronavirus pandemic. The loan scheme is something the NRLA has been campaigning for, and the Welsh Government has now published some frequently asked questions about the scheme which you can read here. 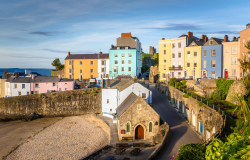 The Shadow Housing Minister in Wales Mark Isherwood MS has called on the Welsh Government to rethink its decision to extend the possession notice period to six months, backing calls from the NRLA. 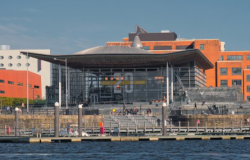 Landlords are calling on the Welsh Government to rethink the decision to extend notice periods for possession to six months.The NRLA has described the decision as draconian and has sent an open letter to the Welsh Minister for Housing & Local Government asking them to reconsider. 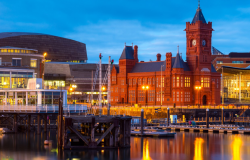 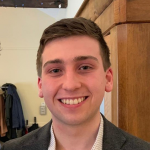 Calum Davies is the Policy & Public Affairs Officer for NRLA Wales. After working in communications and research for a political party in the Welsh Parliament, Calum moved to the NRLA to promote the work of the Association to members, politicians, and stakeholders in Wales.

He ensures they are aware of landlord interests when they legislate and regulate in the PRS, helps run the Cardiff Landlord Forum, and develops policy and organises events for NRLA Wales.

See all articles by Calum Davies.