New secondary legislation has been released by the Welsh Government in preperation for the introduction of the Renting Homes (Wales) Act in December.

The legislation will allow Assured Shorthold Tenancies to be converted to Occupation Contracts when the act is introduced.

Most of these changes are minor adjustments to allow for existing legislation to continue.

For example, the Consumer Rights Act now makes reference to both 'tenancies' and 'contract holders'.

Similarly, legislation has been amended so that landlords or agents of licensed HMOs will not be able to serve the new possession notices without having applied for a licence.

However, there were a number of other updates landlords should be aware of in addition to this.

Under the Renting Homes Wales Act, landlords who had assured shorthold tenancies are able to serve a two month Section 173 notice (the equivalent of the current Section 21 notice) in either the fixed term or the periodic portion of a contract.

For occupation contracts that begin on or after 1 December, a Section 173 notice can only be served during a periodic contract and must give at least six months notice.

As a result, landlords of converted contracts have quite an advantageous notice period.

For example, a landlord enters into an assured shorthold tenancy agreement on 24 June 2022 for six months. On 1 December this contract converts into a fixed term standard occupation contract that lasts until 23 January 2023. After that, the contract will be replaced by a periodic standard occupation contract. In this example, the landlord would only be able to serve the shorter two month notice from 1 December 2022-23 January 2023, after that they must serve six months notice.

Under Renting Homes Wales, all standard contracts that take a deposit must protect it within a scheme. This presented a potential problem for more niche tenancies as they may not have been able to comply with the deposit protection rules after conversion on 1 December.

To fix this issue, the Welsh Government has amended the legislation so that only tenancies that began as ASTs or standard contracts will be required to protect their deposit in one of the deposit schemes.

As a result, if you are currently letting your property on a non-assured or assured tenancy you will not have to protect or return the deposit on 1 December.

The legislation has also been amended to cover tenancy agreements that have existing rent increase clauses written into them. Under the Renting Homes Wales Act there is a specific procedure for increasing rent that landlords must follow.

Following these updates, if your current tenancy agreement has a rent increase clause when it converts into an occupation contract on 1 December, then this clause will survive into the converted contract. As a result, if you do have one of these clauses then you must raise rents through the instructions in your contract, rather than using the new procedure. Typically this will make it easier for landlords with these clauses to raise rents in their converted contracts.

This will not apply in Wales and landlords will not be able to charge double rent in these circumstances. Practically this is unlikely to have much of an impact as the law isn’t widely used.

This isn’t the end of the secondary legislation and the Welsh Government still has more work to prepare for 1 December. More of this legislation is expected in July and the NRLA will continue to members with information as it comes. 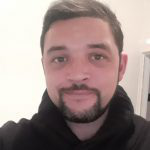 See all articles by James Wood